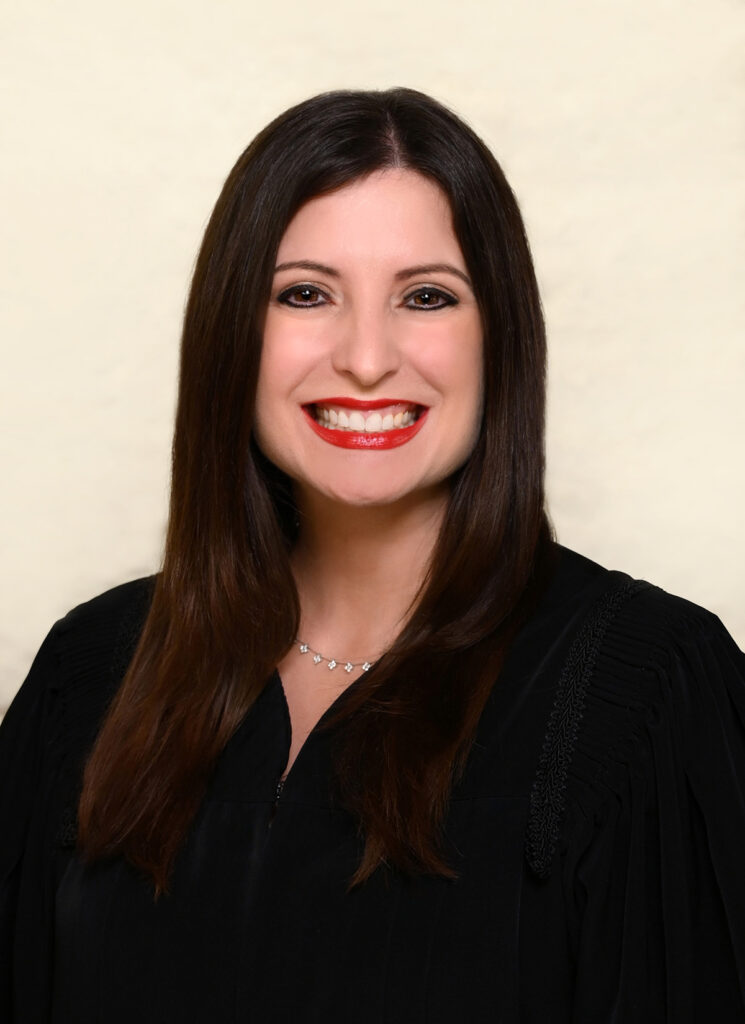 One native Laredoan is making huge strides statewide as she is not only serving as a judge in one of the largest cities in Texas but has also founded an organization to bring more Latinx individuals into the judiciary.

Harris County Civil Court at Law No. 4 Judge Lesly Garcia Mitchell Briones recently received the James Wray Award from the Hispanic Issues Section of the State Bar of Texas as she is being credited for her work in founding the Texas Latinx Judges organization focused on helping elect more judges into the judiciary. Briones is delighted at the fact that she was awarded and also glad to be part of this process which she hopes will land more judges in the benches of Texan courtrooms.

“To be honest, I didn’t know that I was being considered, so when I received the email I mean I was just so grateful and humbled that I received the award, but more importantly I am energized because of what I think led to the award,” Briones said. “I recently created, along with judges from across the state of Texas, this organization that is called Texas Latinx Judges. I got other judges who I know wanted to help inspire more Latino representation in the benches as Latinos are well underrepresented in the bench.”

Briones provides the example of Harris County where she currently serves. She said Latinos make up 45% of the population of the county, but they are very underrepresented with the county judiciary. She said she was one of few Latinas on the bench when she was appointed for her judgeship in 2019.

She said there are no Latinx judges on the federal court bench and there has never been one appointed in Houston for the Federal Court District. Briones considers the underwhelming representation truly horrible as Harris County is one of the most diverse cities in the country.

Considering the disparities she saw in the Houston area, she turned to see that the same disparities existed in areas like Laredo, San Antonio, Dallas and others around the state. As she gathered with a group of judges around the state that also understood these disparities, they decided to unite together and form the organization.

“We want to build a community and find mentors as there are not enough Latinx judges here in Houston and especially as we found out that there is no organization, so we started doing research and found out that there was not a national organization,” Briones said. “But we found out that states like New York and California and Illinois had a Hispanic Judges Organization, so I thought that we should start one in Texas. My philosophy is representation for the sake of representation, but I do believe that for people to have more faith in the judiciary and trust in the judiciary, they need to see themselves represented on the bench.”

“We have had a lot of interest from both judges and non-judges, so anyone can join,” Briones said. “It has been really energizing to see Latinx judges from across Texas join, and then those who want to be a judge have been reaching out saying that they would love to join and learn what they have to do and have these role models and learn how to build their networks as well.”

“The importance of Texas Latinx Judges is that it provides a foundation for either persons of Mexican-American, Hispanic or a Latinx background,” said Victor Villarreal, Webb County County Court at Law II Judge and president-elect of the Texas Latinx Judges organization. “We are really filling in a long-overdue void that has existed forever. It is surprising that something like this has not been created before, so we want to provide an organization that welcomes and receives people of the similar background and encourages others to run so that persons on the bench look like the people who go before the bench.”

As president-elect for the organization, a position which he will begin in September next year, he said he is ready to take the mantle and help reach new heights for Latinx judges around the state.

“I welcome the opportunity. I want to be a mentor to many other persons on the bench,” Villarreal said. “It is good to have many friends and families that we can talk to all over the state from Houston to San Antonio and El Paso. I also want to help other communities and people of color and other Latinx lawyers who may want to be a judge and give them some practical advice on running for office and the importance of equality and be a mentor to many other people around the state. This is a really fantastic opportunity to do this. It is great that the current president is from Laredo and the next president is also from Laredo.”

Briones said another reason the organization is receiving such high marks is because it is nonpartisan. It is not about one single party and only focuses on helping getting Latinx judges elected.

“We are just getting started as we plan on having partnerships with law schools from around the state so that we can work with law students and empower them and help mentor them and just build the pipeline early,” Briones said. “We also have a mentorship program for newer judges like me and Victor with older judges who have served for years to help us get mentored and teach us, so we are going to have all these different ideas.”

She hopes her organization continues pushing for more Latinx judges to serve in Texas courtrooms and to one day see another Supreme Court Justice of Latinx descent during her lifetime. She said her daughter has become excited about the prospect of becoming a judge as well, which is something she wants to instill in other children throughout the state.

“We had a soft launch on Cinco de Mayo, but we recently launched Texas Latinx Judges, and our main launch will be on Sept. 22 at the Annual Judicial Conference in Round Rock,” Briones said.

The official launch date of the organization is on the birthday of Briones’ mother Linda Marie Garcia. She credits her as being one of her main inspirations as she and her father, Thomas Mitchell, both are educators who helped support her every step of the way and emphasized academics early in her life.

“My daughter never ceases to amaze me,” Thomas Mitchell said. “Besides being extremely intelligent and beautiful, she has a big, big heart and a strong moral character. I admire her as well as love her.”

Briones also credits her upbringing in Laredo and constant travels as a child with her family to Nuevo Laredo as one of the reasons respect for the rule of law grew in her.

“Growing up on the border from Laredo and Nuevo Laredo instilled in me the importance of the rule of law and how everyone needs to be treated equally by the law,” Briones said. “Since I was little I just remember seeing the juxtaposition of the rule of law and the role of law and how everybody needs to be treated equally under the law regardless of what you have or do not have. Being a judge now, I feel why that five year old girl in the border wanted to be a lawyer in the first place because every day in my courtroom in some small way I do make sure that everyone is given equal justice and treated equally under the law and are listened to and treated with respect and dignity. Laredo gave that respect for equality and community as Laredo and my parents made me who I am today.”,

After finishing high school in Laredo, she went on to finish her studies at Yale University before moving to Houston upon graduating. Briones was previously a public school teacher, a tax attorney and a general counsel and chief operating officer for a national nonprofit, which she credits as good experience for the beginning of her Latinx judges organization.

Just having won her election into the position in 2020 after being appointed a year earlier by Harris County officials as her predecessor resigned his office due to constitutional matters, Briones hopes to see more judges from the Latinx community enter the fray. She also hopes to serve as a judge for the rest of her life.

“I would love for me to continue being a judge for the rest of my career, and as long as God gives me life I want to deliver on the promise of what our Constitution promises us all,” Briones said.

More information about the organization can be found at texaslatinxjudges.org.